Story of Kristina Kataraga-Livaza, social worker in the Public Foundation “Revansh” (Almaty, Kazakhstan), that proves the importance of self-acceptance and of accepting one’s positive status,  of not being afraid to make the first step, getting rid of self-stigma and looking into the future with hope.

I learnt about my status in January 2014 when I was serving time in prison again for using drugs. Subconsciously I was ready for it because I knew I belonged to the risk group. However, I was somewhat despondent when I got the news.

I felt fear of HIV. But most of all I was afraid that my daughter would not understand, that she would judge and reject me. I spent one month preparing to tell her. The first step is always most difficult… But everything turned out to be not as bad. I just started the conversation and told her about my disease, and she replied to me: “Mom, don’t worry, people with HIV live very long. The main thing is that it depends on you”. She was 17 years old at that time. She told me that there was a lot of information about HIV, and that there were lectures in her college devoted to this topic.

I started taking treatment in September 2014. At first, I was “freaking out” a bit, but I did try to control myself. In prison I heard about the support center “Revansh” and I decided to ask for help there. I will always be grateful to this center and its staff for giving me support during difficult times, for tuning me in to a positive wave. I take treatment for 8 years already, and it does not interfere with my life.

About the difficult moments

Being released from prison into nothingness and starting life from scratch was, perhaps, the most difficult moment in life. At that time I had nowhere to go. My daughter lived with her paternal grandparents. They were raising my daughter because I was often in prison. I went to the old mother of my cellmate. She gave me shelter. At that moment I made the decision that I would never take drugs again, and I would live with honest face, not concealing my status. I also gave a strong promise to myself that I would not return to prison ever again.

Today I am not particularly bothered by what society thinks of me and how people relate to me. I am as I am. I think that the future is the continuation of the past, therefore I prefer to remember very well in order to be able to understand things in comparison, how bad everything could be. The main thing for me now is to not lose myself.

I got married and this day is one of the happiest moments in my life. I have full family now, my daughter reaches out to me, I relate well with my mother-in-law. Several years ago I couldn’t even dream about it. That I could be happy and that I would help, being a social worker in “Revansh”, other people infected with HIV explaining everything to them using my own example. It is most interesting that I changed thanks to HIV. If I hadn’t had it, most likely I would have started using again. The status gave me a jolt, and I am very glad that I have it.

I would like to help imprisoned people and give them hope for a better future. HIV-positive people, people who use drugs and people who are released from prison with nothing and have nowhere to go, it is for them that it is most difficult to be in society after the release. I want to let these people understand that everything in life depends on us. Everything is in our hands – be it health or freedom. We are the creators of our lives.

PS. In order to reduce self-stigma in women living with HIV and affected by HIV, and to change the attitude of the society towards such women, in 2022 AFEW Partnership (Kazakhstan, Kyrgyzstan, the Netherlands, Russian, Ukraine) started implementation of the project “Combating stigma to end HIV/AIDS in EECA” supported within “Zeroing In: Ending the HIV Epidemic (EHE)” program. Learn more. 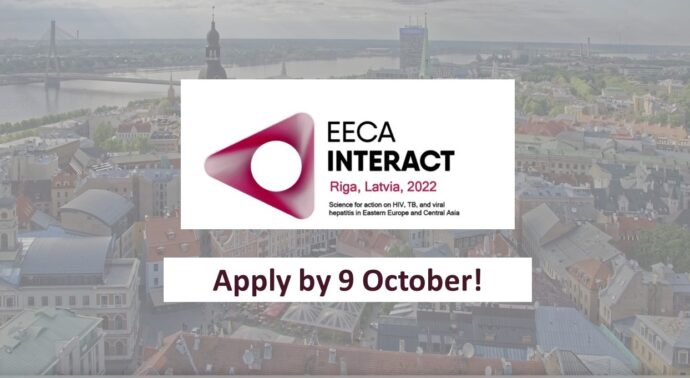 The abstract submission deadline for EECA INTERACT 2022 has been extended! 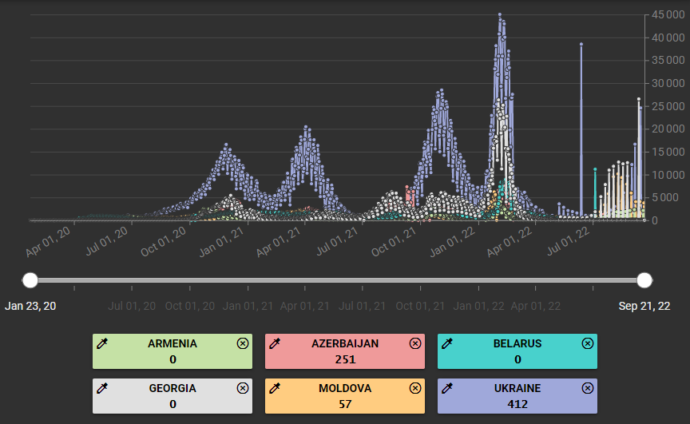 Bi-weekly COVID-19 situation report in the six countries of the Eastern Partnership 22.09.2022 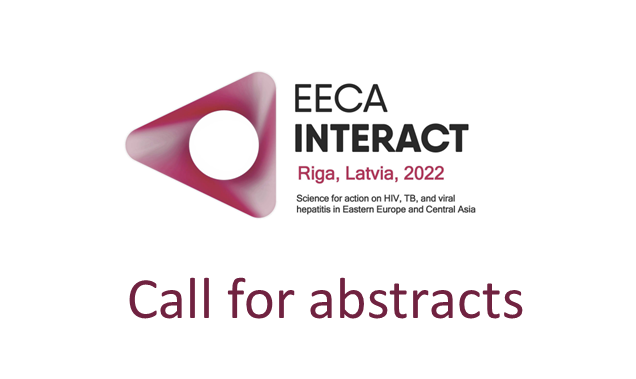