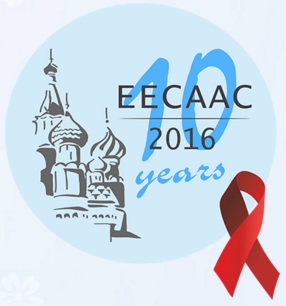 As part of AFEW’s strategy to keep the dialogue with the countries we work in and to support our local partners that implement groundbreaking projects for people who use drugs, sex workers, people living with HIV and other key populations, AFEW is organising or taking part in the following seminars during the 5th Eastern Europe and Central Asia AIDS Conference (EECAAC) in Moscow:

How Community Involvement in Research Leads to More Effective Interventions
presentation of research opportunities for community based organisations that work with key populations in Eastern Europe and Central Asia. By equipping community members with tools to conduct research and collect data, their capacity is increased and the research results reflect an inside perspective as to needs and priorities to design future intervention programmes

Community-Based Efforts to Ensure Access to HIV Treatment
The work of the community within the project “Bridging the Gaps: Health and Rights for Key Populations”

Information Exchange and Cooperation between the European Union and the Countries of Eastern Europe and Central Asia Region
The main theme of this seminar is the expansion of HIV prevention and treatment services for key populations as a key element of the HIV response strategy in the EU and EECA region. Participants will become familiar with the most illustrative examples of the activities of the civil society as well as identify gaps that must be filled from the civil society’s point of view

In addition to these, AFEW’s partners will be presenting their work with key populations.

Nadezhda Sharonova from NGO “Podruga” in Osh, Kyrgyzstan, will speak on the Specifics of Prevention and Treatment among Female Sex Workers.

NGO “Podruga” is the only organisation in the south of Kyrgyzstan that works specifically with women who use drugs, sex workers and former prisoners.

Finally, AFEW is also involved in the key population photo exhibition “Every life matters”, jointly organised by partners of Bridging the Gaps. These are stories of six people that invite to step into their world and experience what it is like to be a drug user living with HIV in Nepal, a young gay man in Botswana, a female sex worker in Uganda, a male sex worker in Vietnam, a woman who uses drugs and a young gay man in Kyrgyzstan. The exhibition features a unique combination of photos made by these community members themselves and complementary photos that were made by award winning photographer Chris de Bode. Through their photo stories, we want to create more visibility about the challenges they encounter and the HIV risks they face.

The 5th Eastern Europe and Central Asia AIDS Conference will bring together 2500 scientists, experts, healthcare professionals, policy makers and civil society representatives who will exchange best practices and jointly strategize about how to achieve the UNAIDS target of ending the AIDS epidemic by 2030. 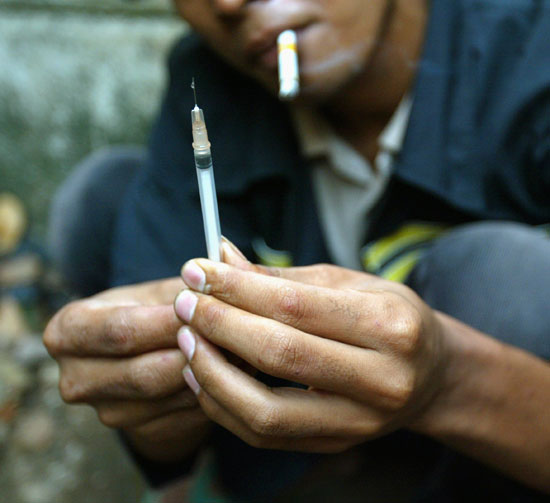 December 9, by Damien Gayle, The Guardian All drug use should be decriminalised and possession made free from the threat of lengthy prison terms, the UN’s special rapporteur on the right to health has said, criticising punitive sanctions on users.

In an open letter, Dainius Pūras throws down the gauntlet to governments with the claim that a focus on repressive drug control means they are failing to meet their treaty obligations to realise citizens’ rights to good health.

He argues that drug control policies, including punitive measures against drug users and dealers, drive many people away from health services and have led to epidemic levels of violence.

“At the root of many health-related problems faced by people who use drugs is criminalisation itself, which only drives issues and people underground and contributes to negative public and individual health outcomes,” Pūras writes.

“As a step towards the fulfilment of the right to health, drug use and possession should be decriminalised and de-penalised alongside increased investment in treatment, education and other interventions …”

The letter, dated Monday 7 December, is addressed to the executive director of the UN office on drugs and crime, Yury Fedotov, but it was mentioned to delegates at the reconvened 58th session of the Commission on Narcotic Drugs, which began on Wednesday morning in Vienna.

The commission is currently discussing the draft outcome document for the UN general assembly special session on the drug problem in April 2016, where ministers and heads of government from all member states will debate international drugs policy for the first time since 1998.

Drugs law reform groups are not hopeful of any radical outcome. But with liberal attitudes to drugs becoming more widespread across the world, including in the US, they see the session as the best opportunity in years to get their voices heard.

Pūras’s letter argues that the current framework of drug control is a major hurdle to facilitating the right to health and wellbeing. It denounces the use of the death penalty for drug offences and lethal drug law enforcement.

“Repressive responses to inter alia drug use, rural crop production and non-violent, low-level drug offences pose unnecessary risks to public health and create significant barriers to the full and effective realisation of the right to health, with a particularly devastating impact on minorities, those living in situations of rural and urban poverty, and people who use drugs,” he says.

Pointing out that drug use can lead to a range of health problems, including the spread of blood-borne diseases, Pūras calls for better access to opiates for the treatment of pain, harm reduction measures such as needle exchanges, including in prisons, and evidence-based treatment for drug addicts.

“The provision of harm reduction must not be seen as merely a policy option for states,” Pūras writes. “Rather, the provision of these programmes for people who use drugs … constitute[s] a legal obligation as part of state obligation to progressively realise the right to health.”

Steve Rolles, a senior policy analyst at the Transform Drug Policy Foundation, said the letter issued a challenge to many countries, including the UK, whose drugs laws were now being interpreted as in conflict with UN human rights treaty obligations.

“It does throw down the gauntlet to the UK government. We do still have a very punitive approach, we do still criminalise people who use drugs. The UK government is violating the right to health for many millions of people in this country. This is a very serious challenge and they will need to respond to this, which they won’t be able to do unless they change the law,” he said.